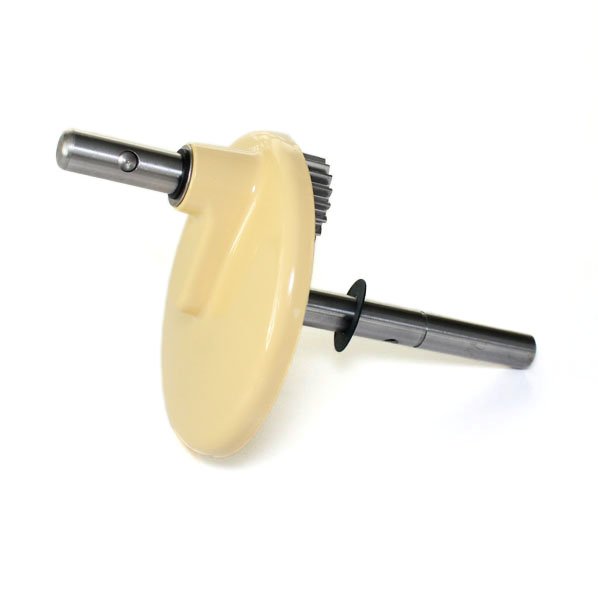 This Genuine KitchenAid replacement Planetary Assembly is a common replacement part on the Professional 5 and 6 quart KitchenAid Mixers. The planetary assembly is the portion of your mixer where your beaters hook on, and the center shaft that runs into the internal gearing inside your mixer.

The most common reason to replace the planetary is when the center shaft and planetary separate, these two pieces are pressed together, the only way to fix the separation between the two parts is to replace the whole planetary assembly.

This is a Butter Cup Planetary Assembly. Will work with models that end in "BF" which stands for Buttercup.