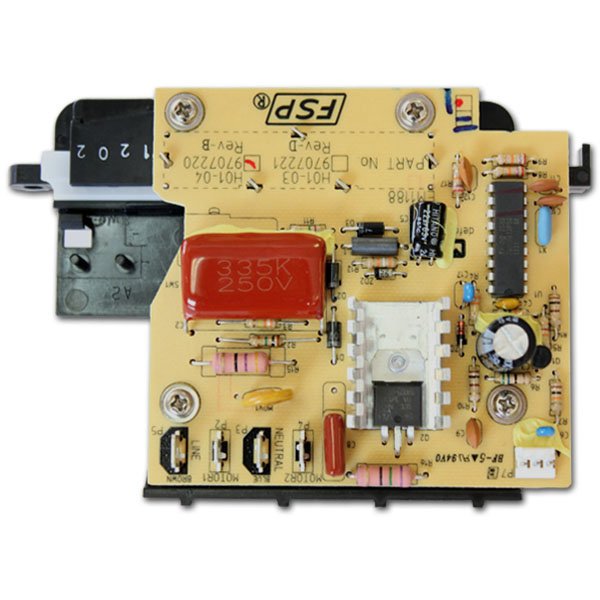 This is a genuine KitchenAid replacement Speed Control Board with a Black Knob, This speed control is used in many of KitchenAid’s 5 Quart Professional and 6 Quart Mixers. The speed control handles the on/off and variable speed operations inside a KitchenAid stand mixer.